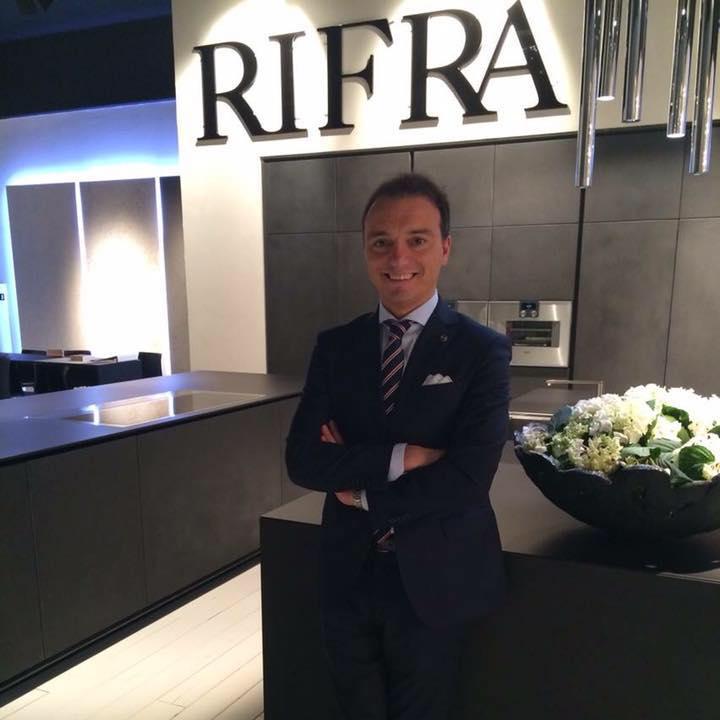 Born in 1976, Matteo Rivolta he graduated in Political Sciences, from the Cattolica University in Milan, and he achieved in the same university a specialization in Marketing and Digital Economy.

Mr. Rivolta became CEO of RiFRA on 2011.
He gained work experience from 2002 to 2003 in the RiFRA’ technical office, while from 2003 to 2010 he served RiFRA in the sales department, with a focus on the foreign markets.

Since 2008 Mr. Rivolta has been a member of the board of directors of Assobagno, an association that brings together the leading manufacturers of Italian bathroom furnishings, within the system of Confindustria.

Since December 2015 he was appointed in the board of director of Federlegno Arredo, which is the governing body of the Italian Federation of Industries of wood, furniture and furnishing.